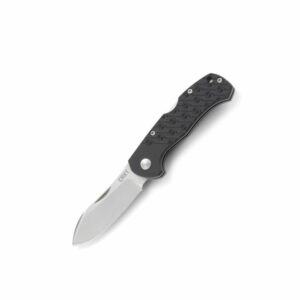 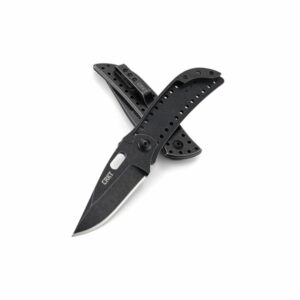 The Remedy folding knife is an aesthetically flawless EDC, simple looks and versatile utility, that also deploys swiftly and smoothly.

It was designed by Liong Mah in Palm Bay, Florida.

It was designed by Liong Mah in Palm Bay, Florida.

The Remedy exists at the intersection of art and practicality.

This aesthetically flawless everyday carry is modeled after a traditional Finnish. Puukko knife and honors its legacy with the simple looks and versatile utility. It’s the choice folder for those looking to end daily tasks and turn heads while they’re at it.

Remedy out of his shop in Palm Bay, Florida. It’s an everyday carry built with a minimal profile and equipped with powerful slicing ability.

The 3.572″ drop point blade features a satin finish and is deployed swiftly with an IKBS ball bearing pivot system. The highly ergonomic handle is built with stonewash stainless steel and subtle. Tapered lines that solidify this minimalist knife as a reckoning force in form and function.

Find yourself with a handful of daily duties standing in your way? CRKT and Liong Mah have a Remedy for that.

Without compromising quality in any part of their creation. CRKT accessories are crafted to the same standards as the knives. That each sheath, for example, lives up to the customers high expectations.

CRKT continues to “think outside the box” by seeking out new and unique designs and mechanisms.  Just when everyone in the industry thinks they have seen it all. For example, the company is introducing the tiny McGinnis Shrimp, the Gekkota Pocket and Golf, the ExiTool, Ta-Bar Tool, Norfork Diver and Whitewater, and Klecker NIRK.

All exciting and unusual. At the same time, it continues to broaden its traditional knife models, including for the first time, Classic pocket knives, as well as the Centofante Tribute, Carson M4-02 series, and the Delegate and Vertex lines.