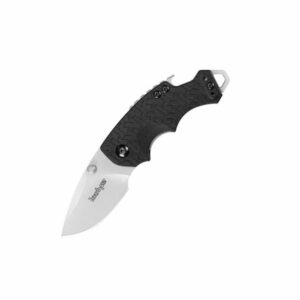 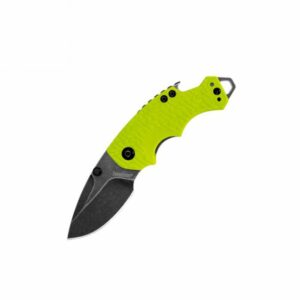 A durable, deep carry, tip up pocket clip that’s reversible with pre-drilled holes in the handle to enable the user to change the side on which the knife is carried.

The 1990s would later mark the end of the classic era for Kershaw. This time period introduced many modern features that are still seen today. In 1995, the brand released its first liner lock knives, fittingly called the Liner Action series.

Back in Japan, Kai CEO Koji Endo believed there was even more potential for Kershaw to grow. In 1996, Endo invested in an American production facility at Kai USA’s Wilsonville base. He believed that this would help Kershaw reach its full potential. And soon, Kai USA hired a new production team for the job.

After Pete Kershaw retired from the industry. Jack Igarashi was appointed as the new COO of Kai USA. Igarashi brought a fresh mindset to Kai USA with the goal of always delivering quality, technology, and innovation. With this in mind, Kershaw’s USA manufacturing team searched for something new to shake things up.